The first weekend of December, more than 320 educators and supporters convened in Boston for the third Teacher-Powered Schools National Conference. Designing for Success, the theme of the sold out 2018 gathering, was tailored to attendees interested in professionalizing teacher roles and moving school decisions and design toward those closest to the students—teachers.

For attendees, the conference was a welcome chance to build relationships with teacher-powered peers from around the country and learn from one another.

“Knowing others think, believe, and know that ‘flipping’ a system is possible ... brings me to a new place today. Thank you for being the group that has me waking up today with a refreshing outlook of hope,” said Julene Oxton, co-founder of Impact Academy in Lakeville, MN, in addressing fellow conference-goers. Other attendees expressed the same sense of rejuvenation and inspiration.

Designing to meet the needs of their community

Throughout the conference, teachers told similar stories: Frustrated that traditional school models did not meet their community’s needs, teachers, parents, and community members joined together to design new schools that would. Teachers continuously design and redesign learning so that students and their families have greater agency. 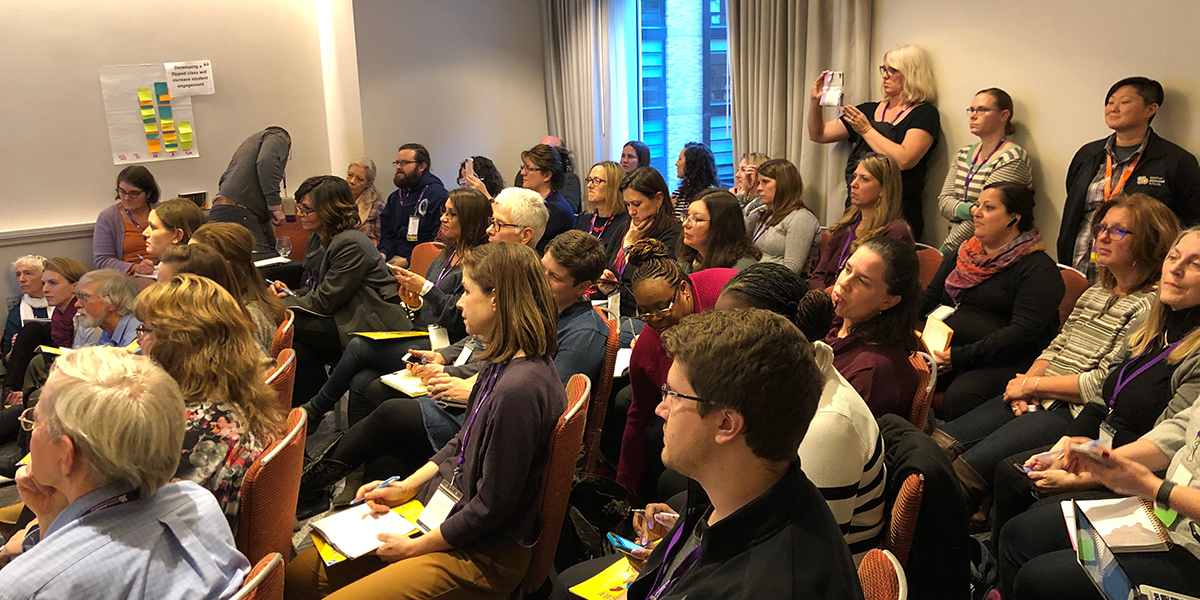 In the breakout sessions—presented mostly by teachers themselves—educators worked through challenges they face in designing and running schools with and for their communities. For example, sessions centered on collaborative governance and how to operate effectively and efficiently as a team; how teachers pool their collective expertise to create learning programs and make other changes that better enable their students to learn; and how teachers model democratic practices and intentionally bring underrepresented voices to the table.

In the first week back at school after the conference, teachers were already applying lessons learned.

Julie Cook and her school team, first-time conference attendees from Souderton Charter School Collaborative, used the six-hour car ride back to metropolitan Philadelphia to debrief and reflect on their positive experience. They agreed, “It was great to finally meet like-minded people.”

Deyonne Jackson of Woods Learning Center in Casper, WY described her team the morning after catching the redeye home: As they prepared to coach another team in their district moving toward being more teacher-powered, “it was so cool to hear the team engage in creating interview questions that built upon the learning they acquired at the conference.”

Attendees from a broad spectrum of backgrounds 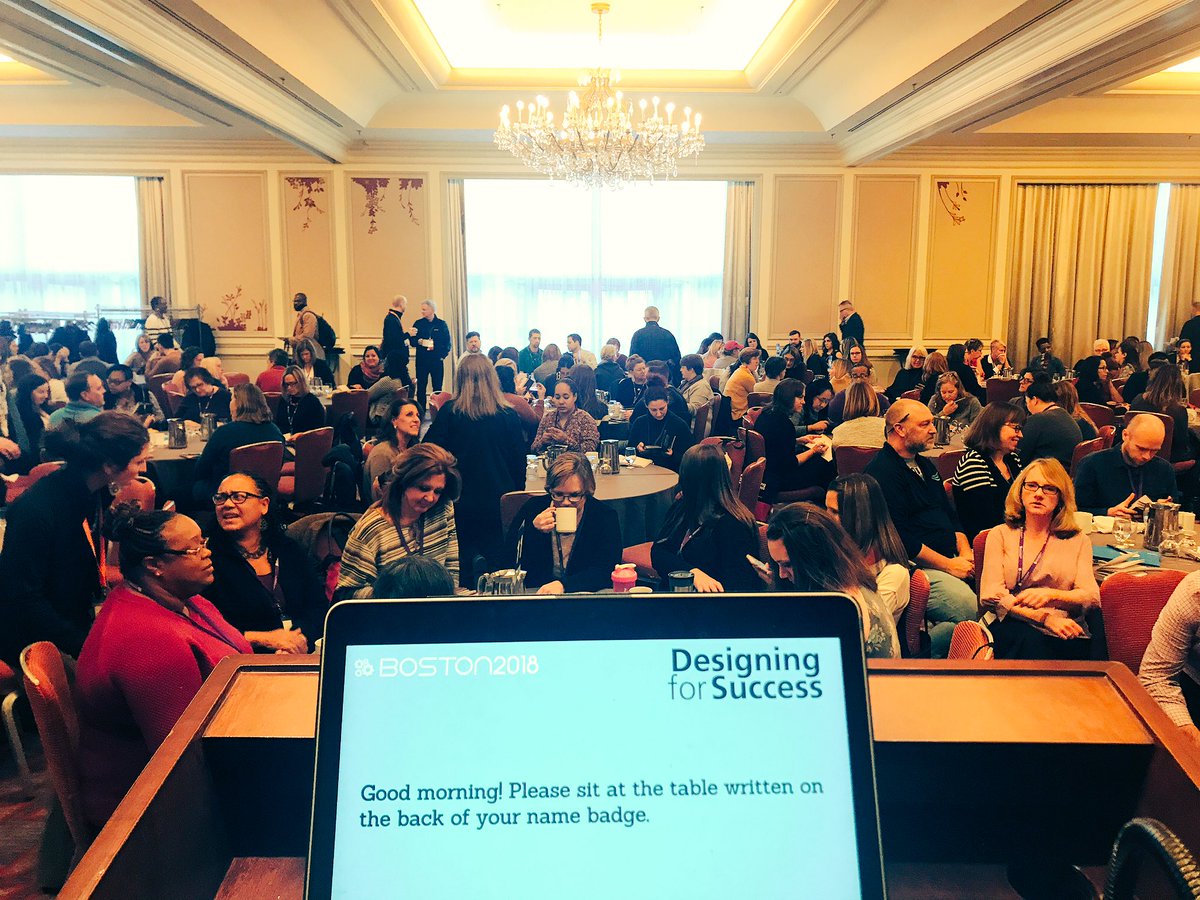 Attendees represented a broad spectrum of backgrounds: 72 percent of educators came from district schools, with 27 percent charter and 1 percent independent. Attendees from at least 26 states and the District of Columbia were present, in addition to nine international guests. 15 university researchers attended, signalling a growing interest in this innovative model for running schools.

Beyond the many teachers, the conference hosted principals; district administrators; national, state, and local union leaders; support organizations; and philanthropies.

As with the host communities for the first two conferences, Minneapolis and Los Angeles, Boston is home to many teacher-powered schools. Attendees had a special opportunity to tour some of those schools Friday, November 30 before the conference officially kicked off. Hosting tours were three high schools: Another Course to College, Boston Day and Evening Academy, and Fenway High School; and three K-8 schools: Boston Teachers Union School, Mildred Avenue K-8 School, and Mission Hill K-8 School. 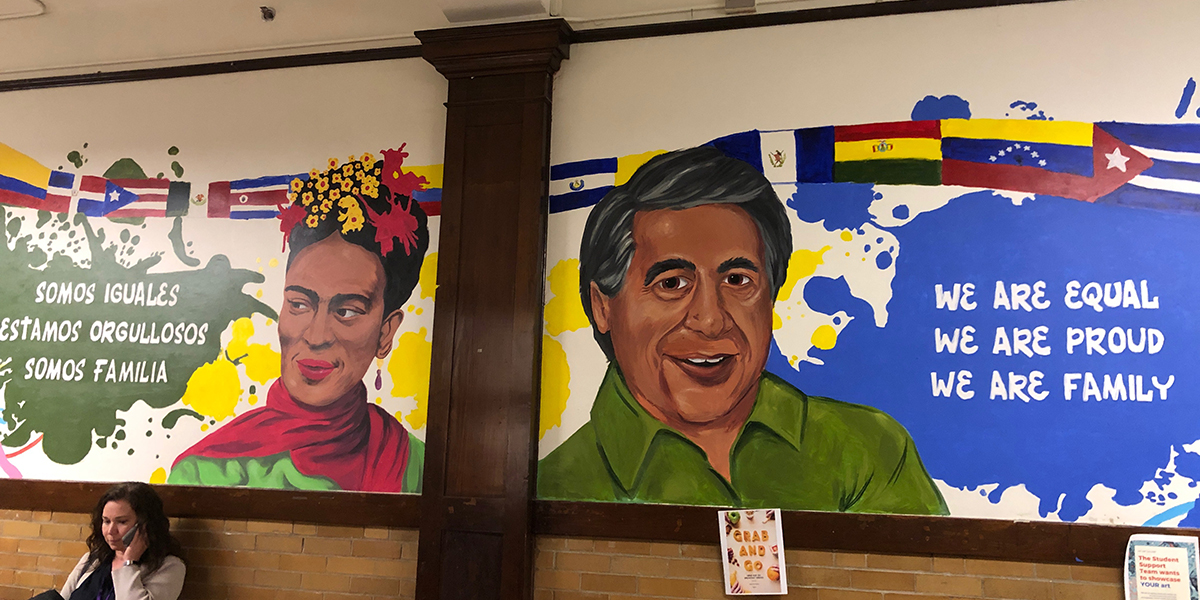 “After seeing [and] hearing about so many other inspirational schools, it’s amazing to me just how differently teacher-powered looks at each school,” said Irene Salter of Chrysalis Charter School in California. “I knew that there was variation in the 15 areas of autonomy—however, there’s all sorts of other key differences that are fascinating to me.”

A key feature of the conference is the presentation of the Teacher-Powered Schools Awards. The Critical Supporter Award recognizes allies who support teacher-powered schools through research and network-building, and was this year presented to Dan French, executive director of the Center for Collaborative Education. French assisted Boston Public Schools to expand its pilot model, launched the New England Small Schools Network, and created the National Turning Points Network. He helped bring about pilot schools in Los Angeles, and has worked nationally to expand collaborative leadership opportunities to other teacher teams including in Minneapolis. 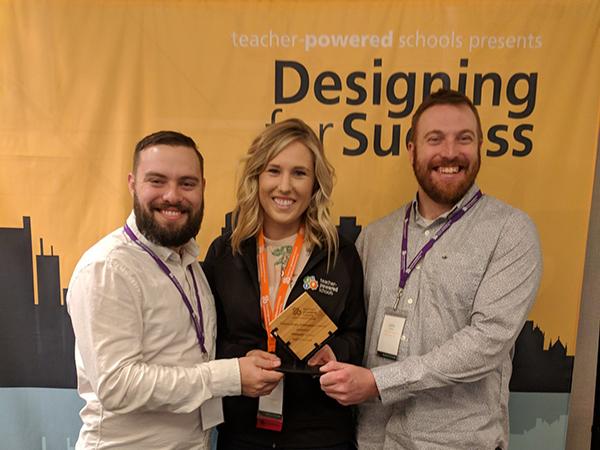 The Extraordinary Achievement Awards recognize two schools—one charter, one district—who actively contribute to the national teacher-powered movement. This year’s awards were presented to Wildlands School, a charter school in rural northwest Wisconsin with a long history as a student-centered, project-based learning school led by a teacher team dedicated to meeting the needs of their students; and Urban Assembly Schools for Green Careers, a district school in New York City that converted to a teacher-powered model four years ago and has seen dramatic improvements in student achievement under the teachers’ collective leadership and learning program changes.

Found this useful? Questions? Sign up to receive Education Evolving blog posts by email or contact the author, Marcus Penny at marcus@educationevolving.org.