Kim Farris-Berg and Edward J. Dirkswager designed and led this investigation as senior fellows of the Center for Policy Design (CPD). They were assisted by Amy Junge at Education Evolving. Farris-Berg and Dirkswager have been following and documenting collective teacher autonomy for more than a decade. 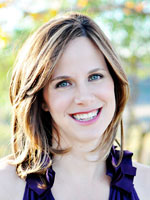 Kim operates her own consulting practice where she focuses on education policy design. She is especially interested in analyzing where incentives can make a difference for public schools. Farris-Berg's forte is bringing the ideas and experiences of teachers and students into the policy process. Kim's work has appeared in Education Week, Orange County Register, Minneapolis Star Tribune, and numerous other publications and venues. It has also been acknowledged in McGraw-Hill's Disrupting Class, the Stanford Social Innovation Review, and in Customized Schooling. She received a Changemaker Award from the Minnesota Women's Press for promoting greater self-determination, equality, and justice for women and girls. Farris-Berg earned a master’s degree in public policy from the Humphrey Institute for Public Affairs at the University of Minnesota where she received the Lloyd B. Short Award for the Institute's best paper of the year and the joint Carlson School (M.B.A.) – Humphrey Institute award for best paper analyzing labor policy. She also holds a bachelor of arts degree, with honors, from the University of San Diego. Farris-Berg resides in Orange County, California with her husband and three young children, and is just beginning her journey as a parent of children in public schools. 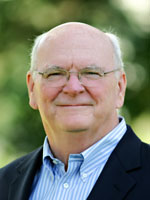 Edward is a retired health care business executive and consultant with a long term involvement in designing organizations to motivate those involved to produce high quality, exemplary results and superior service. He is the editor of Teachers as Owners: A Key to Revitalizing Public Education (2002), a practical guide for people interested in starting-up or encouraging start-up of schools with teacher autonomy. Dirkswager holds an undergraduate degree in physics from St. John’s University, Collegeville, Minnesota and studied astrophysics as a graduate student at Yale University. He held executive positions in health care and government. Dirkswager has served on over twenty boards of directors including Innovative Quality Schools, a chartered school authorizer. He was also chair of the board of the National Cooperative Bank in Washington, D.C. Dirkswager is a lifelong learner, and as such he earned advanced degrees from Lumen Vitae International Center (Brussels, Belgium), Catholic University of America and University of Minnesota. He also served on the faculties of Loras College in Dubuque, Iowa and University of St. Thomas in St. Paul, Minnesota. He and his wife reside in Minnesota.

Amy is a former California public elementary and middle-school teacher and assistant principal. As a teacher, she was a member of the National Education Association (NEA), a teachers’ union. Her role in this project was to bring the voice of a K-12 conventional school teacher and administrator into the investigation. Junge’s accounts of her observations and thinking as she participated in this project are interspersed throughout this book. She is now the Director of Teacher-Powered Schools for Education Evolving. Junge earned a bachelor of arts degree from Northwestern University and a master’s degree from the University of California at Santa Barbara.