What it's like to take ownership of your learning

Ownership of one’s learning—of changing one’s community and one’s environment—I believe is one of the most important aspects of a school. In a traditional school environment, students don’t get to change much in their position. Classroom walls remain starkly covered with motivational posters long ago put up, or maybe a few knick knacks that the teacher had brought in. Student government is largely restricted by the staff, and is delegated to organize only a few events each year. Students (and oftentimes staff) don’t get to change lesson plans or curriculum to learn what is interesting or important to them.

Avalon is a public charter school based in Saint Paul, Minnesota, specializing in project-based learning. In addition to the classes offered, we have the opportunity as students to explore our passions and interests through projects. Projects can be as unique as the students themselves. The could range from papers on the Battle of Gettysburg to scale models of it and beyond. Working with advisors, we decide what we want to learn about, what our deliverable will be, and what standards we can earn from the project. We learn all the same principles and standards as any other school, just at an individual level. 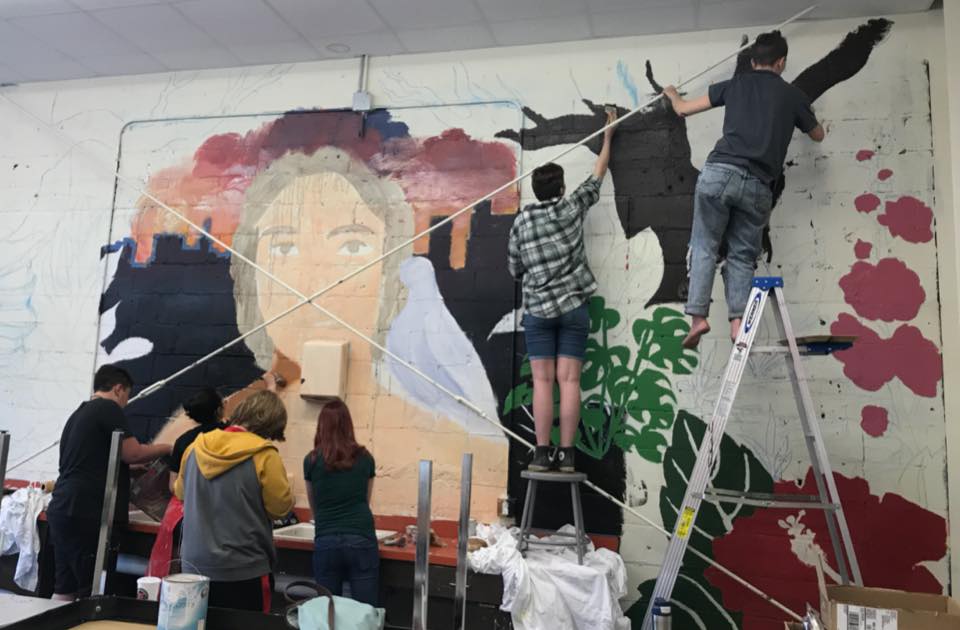 Only two weeks after I started at Avalon, I was already giving tours of the school. For guests ranging from prospective families to educators from across the country, Avalon is a destination in charter school circles. My favorite visitor, Mary, a retired educator and a close family friend, wanted a tour of the school about which she heard so much. As a student, Mary had hated school. To her it was like a chore, boring and un-stimulating. In her senior year, she arranged for an independent studies class to make a film that took her across the Twin Cities. She was ecstatic that Avalon was built around that concept of individualized, personal learning—and the freedom that accompanied it.

As I showed her the many impressive murals and art done by students that embellish every surface of the school, her veneration was apparent. As an educator, Mary loved to keep her classroom as empty as possible at the beginning of the year, save for a few faithful plants. When parents came in, they often thought something along the lines of “Was it my kid that broke her? Is that why she doesn’t care enough to decorate?” Then she would explain that she wanted the kids to decorate it themselves, to own the space. Avalon is a paragon of this idea.

A glimpse inside Avalon

As you read this, the “advisory fish” swims happily in his tank. Dagon, named after a Hebraic fish demon, is part of a betta fish and social media marketing project (@dagonthefish on Instagram). Although most pets are banned, we have a “pescartarian rule” which allows only fish and chickens as school pets. Two separate students are doing aquaponic projects of their own, which adds to the much needed water feature aesthetic of our school. I have my own desk, something I didn’t think I’d have at a school since elementary. I have my collection of teas and blankets for cold advisory mornings, and personal books and office supplies right next to me, without the need for a combination lock. Clunky lockers and overstuffed book bags are things of the past.

Let’s face it, most education in this country is one-size-fits-all but not all students fit.

Student government is a key part in how Avalon functions. Almost every rule in the student handbook was created by Congress, what we call our student government. Anyone can attend and the only prerequisite for leading is to be present for the previous session, eliminating the politics that get in the way of progress. Recently, I have taken up the torch of leading Congress. This year alone, we have incentivized the recycling program, created a comprehensive list of school clubs, and proposed a plan to create a sewing club to make items for the local homeless and crisis centers around the Twin Cities.

Before I came here, I was in Mary’s position. I wasn’t learning, only absorbing information like a sponge to be wrung out later and repeat the process week after week. The system was built for kids like me, those who could memorize things fast, do well on tests, and reset for the next lesson plan. But school was boring, and it made learning industrialized. It was only when I switched to a project-based learning approach that I finally started learning. I took ownership of my learning, something I couldn’t do before, save for with the support of a few forward thinking teachers in the past.

Taking ownership is so important in classroom settings because it encourages individuality. Let’s face it, most education in this country is one-size-fits-all but not all students fit. When a student is allowed to control their own education, they can identify their own needs, whether it be personal or environmental and Avalon is the type of environment that allows that.

Lily Barnes is a student at Avalon School in Saint Paul, Minnesota. Learn more about Avalon in our inventory.